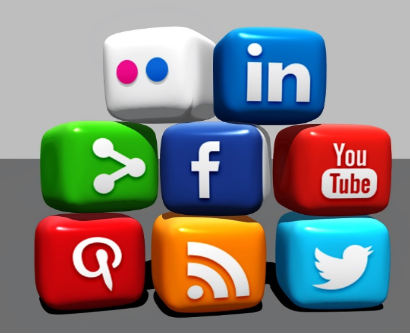 Social media is a powerful way to spread your brand all over the world. It has changed our lives completely. From the last decade, social media has done an amazing job of entertaining people to engage them in business. Almost more than 80% of the people when they first wake up, they see their mobile-first. There are numerous social media platforms like- Facebook, Twitter, Instagram, Tumblr, YouTube, etc.

In the early days, people were happy when someone liked their post and posted any comment on it. But from the last 2-3 years, the thinking of people has changed, people find social media useful in terms of their business. In this blog, we will discuss the enthralling journey of Social media from entertainment to business engagement.

According to the statistics, there were approximately  2.95 billion people that we’re deploying social media worldwide in the year 2019. This number will rise to 3.43 billion in 2023. Several factors affect social media usage that are age, gender, demographics, etc.

The journey from Entertainment to Business Engagement

Facebook was launched in the year 2003. It was called earlier “Facemash”. Although it came into existence in 2003, it has gained immense popularity after 2010. According to statistics, Facebook has more 2.45 billion active users. Some people are using Facebook for fun whereas small to large scale businesses use Facebook for social media marketing purposes. Facebook helps in reaching you near business goals like generating traffic, brand awareness among the people, etc.

You know what Facebook is having a lot of daily users and you can easily find your target audience through Facebook by simply creating your business page.  These days people are using Facebook Advertising for grabbing audience attention. There are more than 6 million advertisers (businessmen) that are advertising their brand on Facebook for business engagement.  PPC agencies in Dubai are highly demanded by Facebook PPC management.


Instagram is a great social media platform for sharing photos and videos. It was launched in 2010 by Kevin Systrom. Instagram has gained immense popularity. Earlier people deployed Instagram for just posting their pictures and videos but these days, people are setting up their business accounts and posting images and content related to their business.

This way they advertise their brand on Instagram. Instagram is ranking 3rd after Facebook. It has approximately 27 million active users. Mark Zuckerberg purchased Instagram in 2013 and he then monetized it by adding sponsored image posts in it. Thus from entertainment, it has turned to business engagement.


The next widely used social media platform is WhatsApp, every other person has Android phones with them. Almost everyone has installed WhatsApp on it. This application is used for sending the messages and sharing the images, videos, and documents. It was originally released in 2009.

But in the year 2018, there was a standalone application developed especially for the business owner. This application is named as Whatsapp business. The main aim of this application is to directly communicate with the target customers to achieve business goals.  Whatsapp is a boon for small businesses as it achieves the direct attention of customers.


Twitter is a very popular social media platform. Their tweets are mentioned for a particular post. It was launched in 2006. Twitter is growing at a fast pace. It is earlier used to share your views by tweets but now it has become immensely popular in running business campaigns on twitter.

It has a lot in terms of gaining business engagements.  Twitter is known for boosting website SEO. It boosts the relationship with the audience. Twitter can be able to engage more audience through the usage of suitable #hashtags. By adding hashtags you can easily grab audience attention.


YouTube is the best social media video platform. Here users can watch the video by simply searching in the search bar. YouTube came to existence in the year 2005. YouTube has more than 2 billion active users every month. Earlier very few businesses own youtube channels.

But these days, every business has indulged not only in other social media platforms but they also make the use of YouTube marketing for their business. Some people have switched their career to YouTube. Businesses are earning on YouTube via Google’s platform of Advertising. This can be deployed for adding YouTube ads in it.

TikTok is the trendiest platform that is used by most of the youths. People make their funny videos and post it on TikTok. There are different kinds of videos that are posted on TikTok. But TikTok is not only confined to entertainment purposes but it has also emerged as a great way of social media marketing.

It was launched in the international market in the year 2017. TikTok has almost 800 active users globally. Earlier people were only using TikTok for fun but now it has become a great way of generating income. Many businesses are using TikTok for engaging with customers. On TikTok, you can find common people to celebrities also. Almost everyone is using TikTok these days.

Platforms like Linkedin and Quora are also social media platforms but they have not been created for entertainment purposes. We have mentioned some relevant platforms like Facebook, Twitter, Whatsapp, YouTube, TikTok, and Instagram that have undergone a tremendous modification from entertainment to engaging people for business. I hope you have enjoyed reading this blog. If you are having any kind of query, you can ask me in the comment section.